Please help us to save the beautiful grounds of Anne Hathaway’s Cottage.

We have chosen to promote this campaign as it isn’t just about Shakespeare, the loss of our country’s heritage, or the continued sacking of our beautiful countryside. It’s about the decisions of a few, that profit a few, and go against the wishes and best interests of the People. If we can’t save a piece of land, from profit-first thinking, that belonged to the world’s most famous bard, it begs the question… ‘what can we save?’. This is an issue that affects all of us – please sign now. 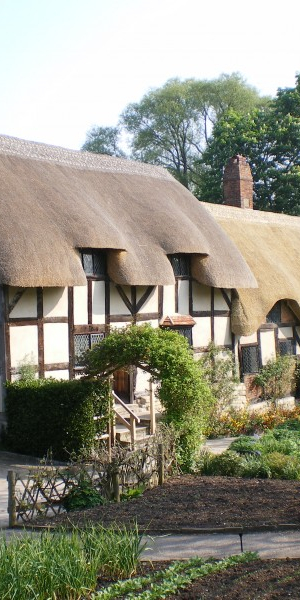 Below is an excerpt from the petition at change.org…

Developers have been given the green light to build 800 hotly-contested houses and a large link road on pristine greenfield land behind the world-renowned Anne Hathaway’s Cottage in Shottery, Stratford upon Avon, England – the hometown of Shakespeare, the world’s greatest ever playwright, and his wife, Anne Hathaway.

This is a decision of global cultural, historical and environmental importance. The development has been repeatedly rejected by the people of Stratford and the local council, but their bid to save Shakespeare’s Shottery for the nation – and the globe – was recently overturned by the UK national government.

Only one organisation now stands in the way of this huge and hideous scheme – the Shakespeare Birthplace Trust (SBT). They own land behind the Grade 1 listed Anne Hathaway’s Cottage and its picturesque tranquil gardens and the developers cannot proceed without it.

To sell or not to sell? That is the question.

In public, SBT say they remain ‘an objector to the proposed development’, but in private, trustees are saying they will have to sell the land, or lease it, to the developers to raise funds.

This, however, is at odds with their legal duty to ‘to maintain and preserve the Shakespeare properties for the benefit of the nation’ and their vision of ‘leading the world’s enjoyment and understanding of Shakespeare’s works, life and times.’

The Trustees are meeting on Saturday 17 November 2012 when they will decide the fate of Anne Hathaway’s fields. This petition urges them to be a hero and say ‘No’ to selling or leasing the land to the developers and to find another way to raise funds.

Says Jean Cholerton… “I could give so many examples of how a visitor can connect with the tranquillity this property offers, and how the words of William Shakespeare can mean so much spoken within the grounds. But instead, I will give you the words of Marcus Roberts, Heritage Consultant who recognises this precious home for what it is and understands what government clearly does not…” 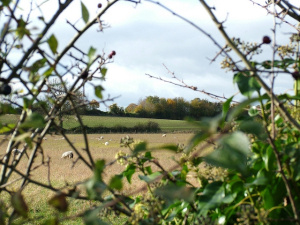 “While this type of countryside and urban settlement was quite universal in the Middle Ages, very few properties have survived into the modern age with so much of its topography, features and landscape intact. What is more, the immediate context of the surrounding fields has survived with undeveloped sight lines. This effectively means that a basic unit of the earlier medieval landscape has survived. Therefore if planned developments encroach onto the sight-lines to the rear of the property, there will be significant damage to the heritage value of Anne Hathaway`s Cottage, as a crucial aspect of its heritage setting will be destroyed for ever and there will be a significant degradation to the heritage of the property in tandem with this.”   – Marcus Roberts, Heritage Consultant. 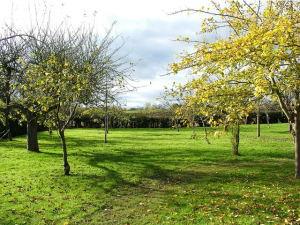